A History of Haslemere Musical Society

The Society was founded in 1923 as Haslemere Orchestral Society by Annie Bristow, a local violin and viola teacher, who served as its secretary for 47 years and led the viola section of the orchestra. That year they performed Beethoven’s “Eroica” symphony “with piano support”(!). Joined by a madrigal group they gave annual March concerts of orchestral (mainly strings) vocal and choral music as Haslemere Orchestral and Madrigal Societies as well as summer performances of masques and operas including the conductor’s own “Aucassin et Nicolette”. This pattern continued to 1939, when the Society was placed on a more formal basis and the name changed to Haslemere Musical Society (HMS).

Anthony Bernard, founder of The London Chamber Orchestra, became the conductor in 1925 and continued to take almost every rehearsal himself for over 20 years until 1946 when he left due to commitments with the BBC Radio Third Programme and elsewhere. 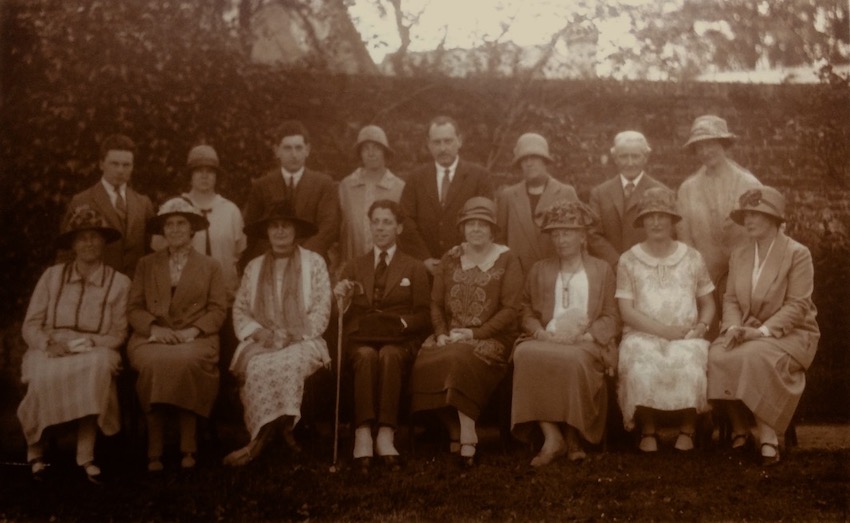 The first concert of which the programme is preserved was given on 23rd March, 1925 in the then recently-opened Haslemere Hall, where HMS concerts have continued to be performed to the present day, and included a variety of orchestral and choral items by Bach, Verdi, Tchaikovsky, Holst and others. It was followed in June of the same year by the masque “Cupid and Death” by Matthew Locke and Christopher Gibbons. 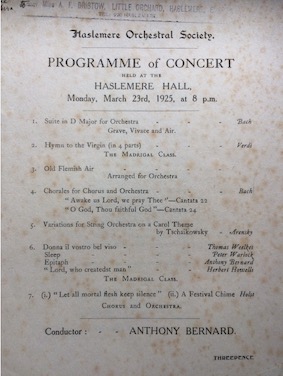 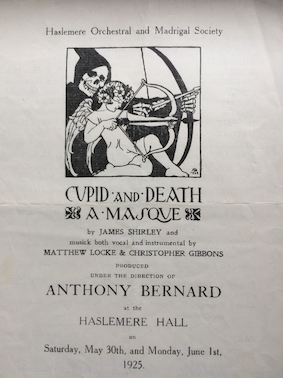 The outbreak of war in 1939 proved not a barrier but a stimulus in that many music- makers and -lovers were among the refugees to the Haslemere area from London and elsewhere, and two and sometimes three concerts were given each year.

The Society’s 21st anniversary season 1943-44 was celebrated in December 1943 by not only two performances of Mozart’s “Idomeneo”, regarded as the peak of achievement under Anthony Bernard and which gained praise even in the London press, but also a week later Bach’s Christmas Oratorio. 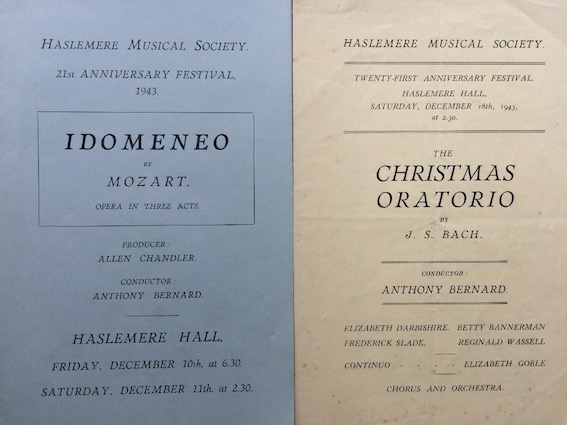 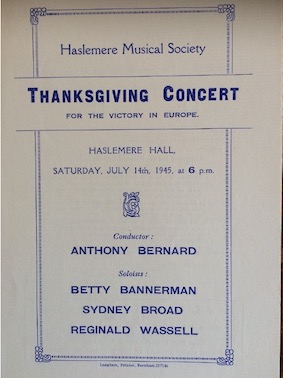 In 1945 the end of the war in Europe was celebrated with a concert including Beethoven’s Symphony No.5, known to the French Resistance as the “Victory Symphony” owing to the rhythm of the first four notes which is that of the Morse code “. . . - “ for the letter V. 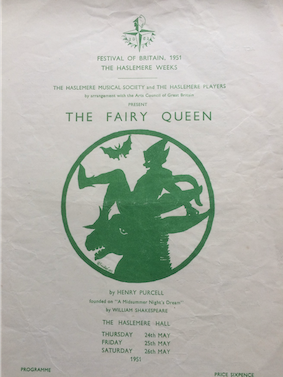 Anthony Bernard returned for a season to conduct another celebratory concert for the 1951 Festival of Britain, a performance of Purcell’s “Fairy Queen” by HMS together with the Haslemere Players (an even older organisation, having been officially formed in 1905 but in existence in the 1890s).

Following several changes of conductor after the departure of Anthony Bernard the Society was directed for nine years from 1953 by John Gardner (below), a rising young composer (opera “the Moon and Sixpence”, song “Tomorrow Shall be my Dancing Day”). 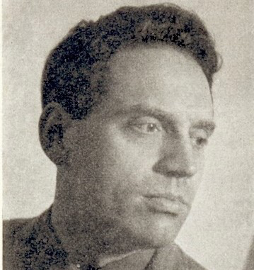 The photograph is from an article in “The Strad” (1955) by Honor Batchelor, leader of the HMS orchestra in its earliest years, tracing the history of the Society. She laments a decline in membership, audiences and financial support, that players and singers prefer “comic opera” and that the public choose “on-tap electrically compressed music” rather than live performances. Despite her fears the Society seems to have flourished in the years that followed and gave two concerts each year of a wide variety of orchestral and choral music.

Memories of this time were recorded by Jill Pite who was a pupil of Annie Bristow, attended HMS concerts as a teenager from 1942, later sang alto in the choir and was secretary from 1964 to 1971. She recalled rehearsing on the stage of the Haslemere Hall in the early 1950’s behind the curtain, where in winter it was very cold despite a smelly paraffin heater, and said that she could well believe the story that Annie Bristow’s housekeeper arrived with two baked potatoes to warm the conductor’s hands. The conductor took the orchestra from 6.00-7.30pm, and the choir from 7.45. Combined rehearsals were on the last three Mondays, then final rehearsals on Friday and Saturday. Until 1955 concerts were on Saturday afternoon.

After John Gardner’s departure in 1962 a succession of four different conductors followed for a few years each. In 1968 under Robin Wells (later Musical Director at Charterhouse) HMS combined with Farnham and Bourne Choral Society in a concert including Elgar’s “The Music Makers”. In 1972 John Lubbock (later well- known as conductor of the Orchestra of St John’s Smith Square) conducted a concert in St Bartholomew’s Church, Haslemere when the celebrated soprano Felicity Lott, then aged 25, was a soloist in Mozart’s Requiem.

The Haslemere Hall Annexe was built in 1965, and at first after that both orchestra and choir rehearsed there.

In 1973 Michael Burbidge took over the baton for the next four years, but was not prepared to take both orchestra and choir, so the following year Margaret Vine was recruited as choir mistress and trained the choir successfully for eight years. The orchestra now rehearsed in the main Haslemere Hall and the choir in the annexe.

The Society celebrated its first fifty years in 1973 with a concert including four out of a set of Seven Songs by its former conductor John Gardner. Michael Burbidge conducted and Geraldine Evans (nee Rugman) trained the choir for this concert from the piano, and continued to accompany the choir for 23 years. Her husband Cledwyn Evans, who had a magnificent bass voice, was a member of the choir and also sang solos in concerts from time to time. 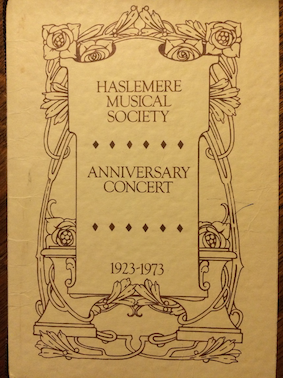 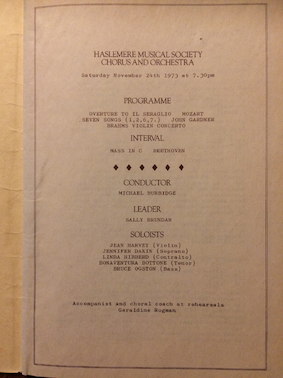 From 1977, when Michael Burbidge was succeeded as conductor by Judith Bailey, three concerts were given each year, including for a while a spring concert for orchestra only. Michael Hurd took over in 1980, when Margaret Vine, choir mistress, also departed.

Around this time Richard Tyrrell-Grey, first flute in the orchestra, used to run a Children’s Holiday Orchestra which rehearsed on Saturday mornings in the summer holidays. They would then perform a short item in the next HMS concert.

Then began the longest period of stability in the history of HMS with the arrival of Darrell Davison as Musical Director and Thelma Slade as choir mistress. 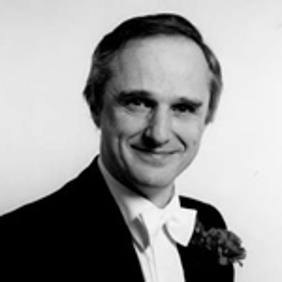 Darrell is a cellist, a winner of the Sir John Barbirolli Conducting Competition, has conducted all four London orchestras, and is the son of Arthur Davison, famous for his children’s concerts. Thelma had a successful career under her maiden name of Thelma Godfrey as a concert and oratorio singer and taught singing locally. She and Darrell worked well together. He wanted to spend time with the choir as well as the orchestra, and she was happy for him to take the choir frequently for part of a rehearsal while the orchestra was taken by the leader. Thelma retired as choir mistress in 2000 but continued to sing with the choir and play a full part in the Society’s activities until 2015 when she was 93. 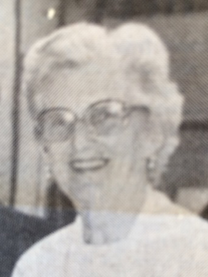 Ambitious programmes were performed, mostly in the Haslemere Hall, though Haydn’s “The Creation” was repeated in Chichester Cathedral for the Cathedral Funds (1985), Beethoven’s “Missa Solemnis” (1986) was performed at St Alban’s Church Hindhead, and Verdi’s Requiem (together with the Wimbledon Hill Singers) (1987) and Elgar’s “The Dream of Gerontius” (1988) were both in the Great Hall at Charterhouse School.

In 1988 the Weekend Financial Times carried a long article and about HMS with a review of the December concert, noting how Darrell Davison “coaxed some tremendously moving music from his job lot of suburban bankers, retired civil servants and schoolteachers”! 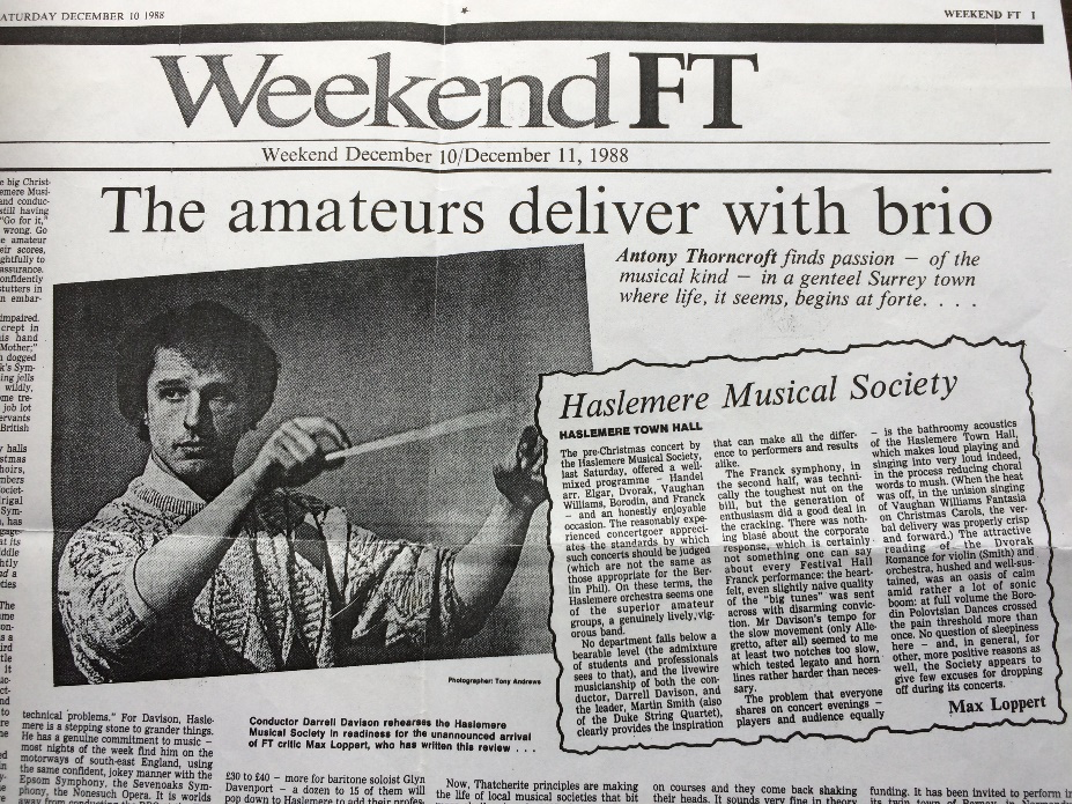 In 1989 the choir and orchestra visited Bernay, Haslemere’s twin town in Normandy at the invitation of “La Chorale Charentonne”, and performed works by Handel, Purcell, Warlock, Elgar and Vaughan Williams in the Eglise Sainte-Croix. It was planned to sing the Marseillaise, but the priest in charge said “not in my church”, so they did it outside afterwards. On a further visit in 1993 the performance was in the larger Abbatiale, and included three of the four sections of Haydn’s “The Seasons”. 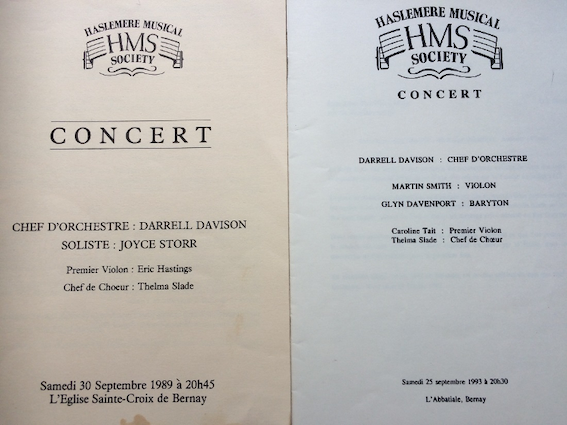 The 75th Anniversary Year (1998) featured Verdi’s Requiem once more in May, this time in the Haslemere Hall, and in December Beethoven’s “Eroica” Symphony, which had been performed in the Society’s very first concert in 1923.

After Thelma Slade’s eighteen years as choir-mistress HMS had little difficulty in finding talented musicians to train the choir, but found it extremely difficult to retain them for more than a few years. First came Juliette Pochin, an outstanding mezzo- soprano, who became pregnant and left after a year. Simon Wyatt stood in for one season. Philip Viveash (2002-4), a young counter-tenor, was followed by Jeanette Gallant (2005-7), an experienced Canadian voice-trainer and soprano, who returned unexpectedly to Canada with her husband. Then came Michael Veazey (2008- 2012), Christopher Hann (2013-14) and Tom Lydon (2015-2018). Clive Osgood, HMS accompanist and Director of Music at St Bartholomew’s Church Haslemere, then held the fort for two concerts until the appointment of Cole Bendall (2019-21). Our current Choir Master, Ondrej Soukup, joined us in January 2022.

Darrell left HMS in 2007 after 25 years, even longer than the Society’s first conductor Anthony Bernard. His final concert included the premiere of his own choral work “Lord of All Creation”, commissioned by the Society. Martin Smith, who had been the orchestra leader for eight years, returned as the soloist in Vaughan Williams’ “The Lark Ascending”. Here Darrell is being presented with an engraved bowl by Chairman John Jackson.

James Ross joined HMS in September 2007 and is already the third-longest-serving Musical Director of the Society after Darrell Davison and Anthony Bernard. 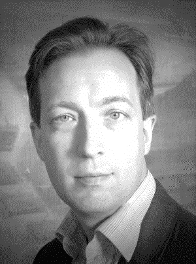 James studied Modern History and Music at Oxford University, where his doctorate thesis on “French Opera, Politics and the Press” was awarded the Sir Donald Tovey Prize. He was a finalist in the 1998 BBC Philharmonic Conducting Competition. He has conducted in eighteen countries in Asia, Europe, Africa and North America, is Music Director of four UK orchestras, and has helped to raise over £1 million performing for charities.

For HMS he reintroduced additional orchestral concerts and from 2012 it became the norm for these to be in October. A number of principals from the orchestra have performed as soloists in these concerts: Lucy Hatcher (flute) Anna Hunt (cello) and Helen Owlett (clarinet). 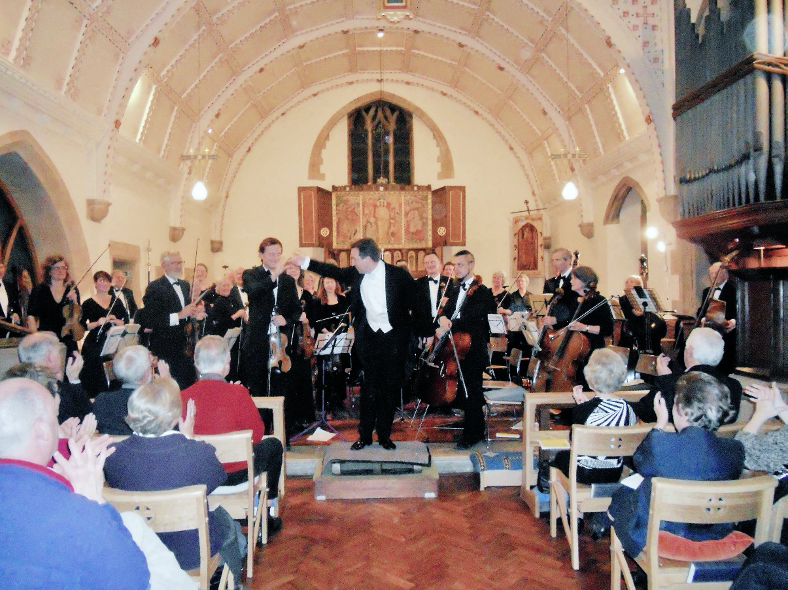 Since 2009 HMS has held an annual “Come and Sing” event in St Christopher’s Church, Haslemere.

These Saturday afternoon occasions, open to all, with tea and cakes, have been well-supported, often with over 100 singers. Conceived originally for fundraising, following the example of many other choral societies, they are now regarded as an intrinsically worthwhile contribution to the Society’s aims. 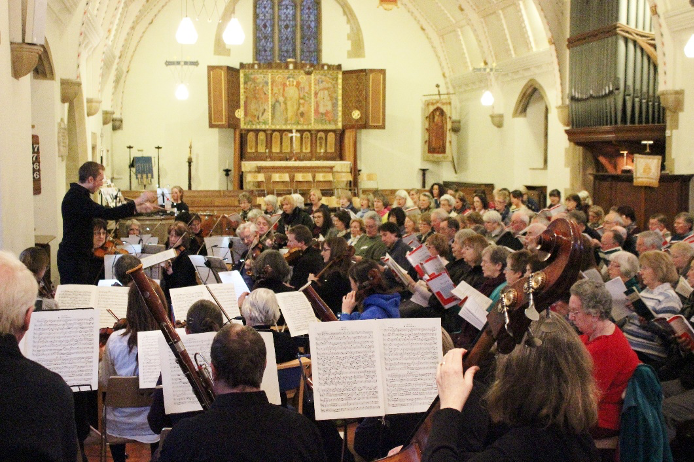 In May 2011 the HMS orchestra was invited to play for the public walk-through of the newly completed Hindhead Tunnel. 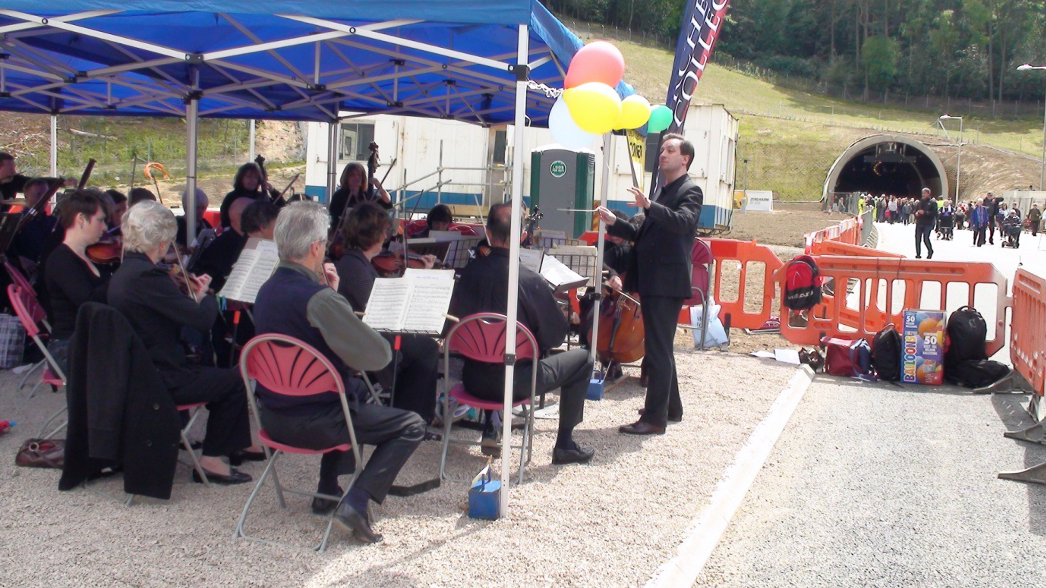 In February 2012 the HMS Orchestra was invited to record a soundtrack for a low- budget film – “The Long Journey Home” which was shown at the Haslemere Hall and the Farnham Maltings: 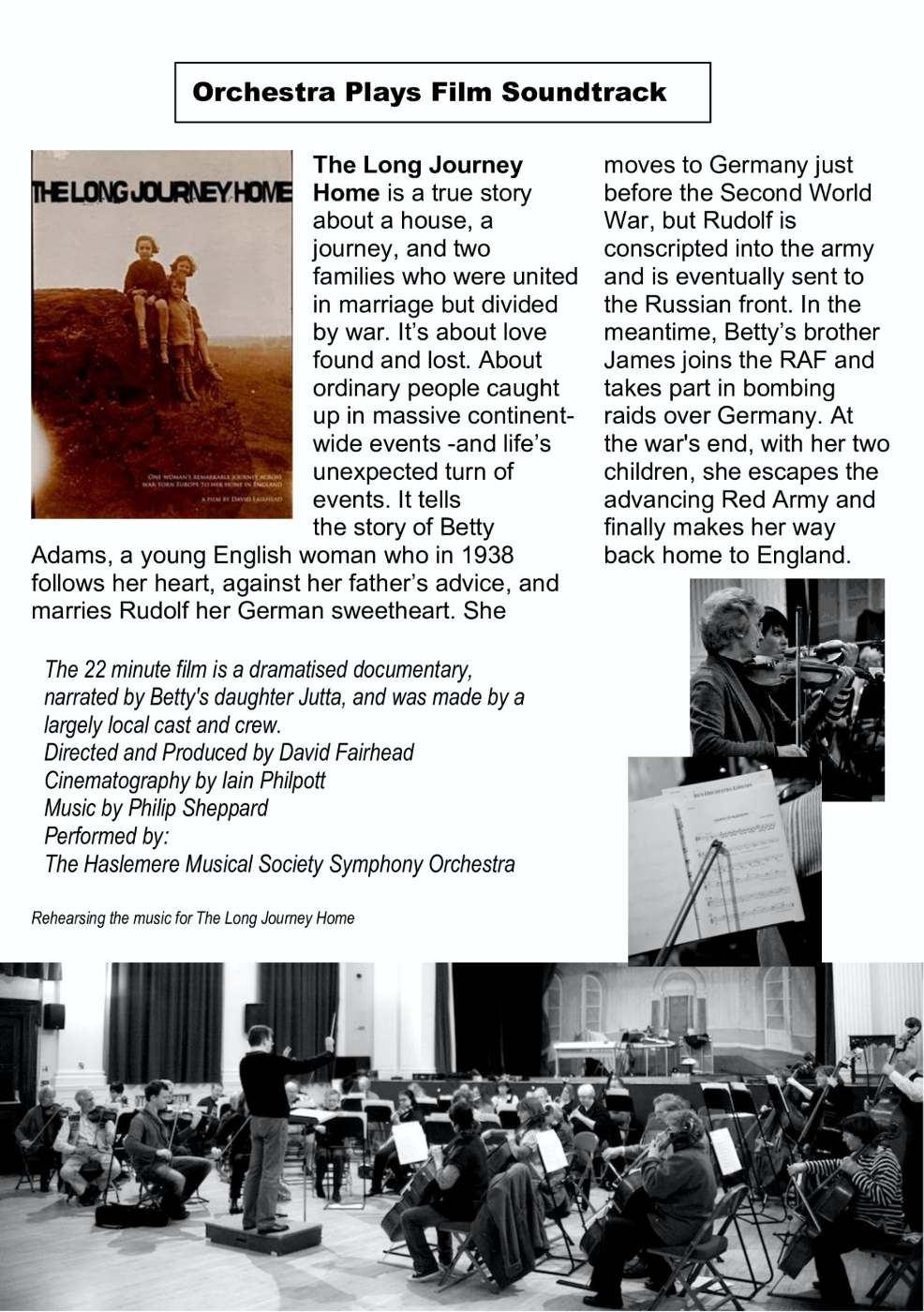 In May 2016 the HMS chorus was joined by students from local Rodborough and Woolmer Hill Schools for Carl Orff’s “Carmina Burana”, a concert which also included a spectacular performance of Shostakovich’s Violin Concerto by Fenella Humphreys. 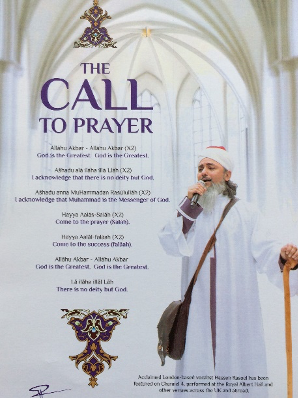 HMS suffered an unprecedented series of tragedies in the three years from 2018. First in January 2018 our chairman for eleven years, John Jackson, died after a short illness. Then in April 2019 not only did our former choir-mistress Thelma Slade die at the age of 97 but we quite unexpectedly lost Sue Farley, our Choir Librarian. Later that year in August Vic Thomas, Orchestra Librarian and horn player for many years, lost his battle with motor neurone disease and in September Sir Anthony Laughton, our president, who had also played the horn in the orchestra for many years, also died.

In 2020 we just managed to give our March concert days before the country went into lockdown due to coronavirus. The audience was reduced by fears of the epidemic but the concert, of British music, was well-received. Janice Watson, a celebrated soprano recently moved to Haslemere, performed Elgar’s “Sea Pictures” and joined Jon Stainsby in “Dona Nobis Pacem” by Vaughan-Williams.

The May concert had to be cancelled as live performances had become impossible. Never before, even in the Great Depression from 1929 or the Second World War, had HMS cancelled a concert. The Society is determined to be back in action soon by whatever means possible, and looks forward to celebrating its centenary in 2023.